This collection includes a selection of newspaper articles ranging from 1953-1970, concerned with Civil Rights issues such as school integration at Hampden-Sydney College and the larger community of Prince Edward County and Farmville, Virginia.

The nature of the Hampden-Sydney College Archives and Special Collections means that copyright or other information about restrictions may be difficult or even impossible to determine despite reasonable efforts.

As a result, Hampden-Sydney College claims only physical ownership of most Special Collections materials. The materials from our collections are made available for use in research, teaching, and private study, pursuant to U.S. Copyright law. The user must assume full responsibility for any use of the materials, including but not limited to, infringement of copyright and publication rights of reproduced materials. Any materials used for academic research or otherwise should be fully credited with the source.

This collection may contain materials with sensitive or confidential information that is protected under federal or state right to privacy laws and regulations. Researchers are advised that the disclosure of certain information pertaining to identifiable living individuals represented in this collection without the consent of those individuals may have legal ramifications (e.g. cause of action under common law for invasion of privacy may arise if facts concerning and individual’s private life are published that would be deemed highly offensive to a reasonable person) for which the College assumes no responsibility.

Collection is open for research. 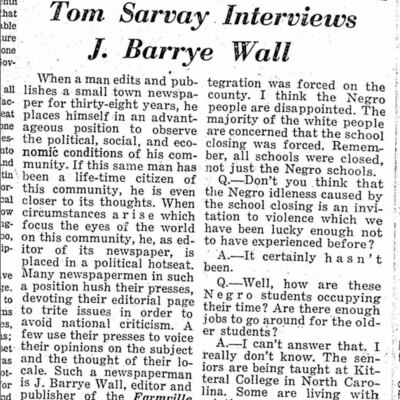 An interview with J. Barrye Wall 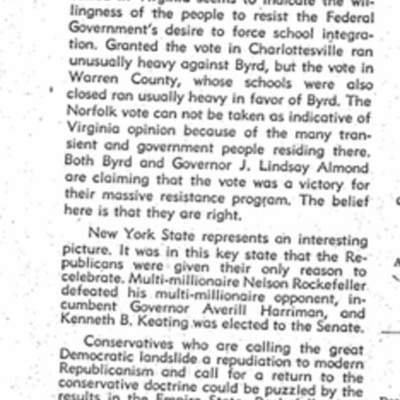 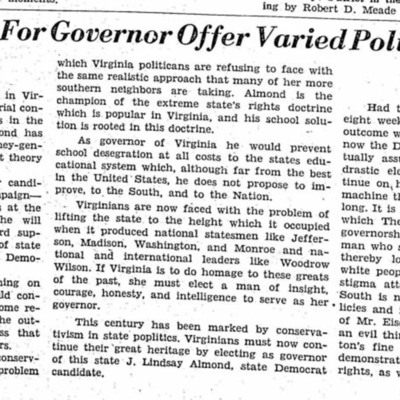 The policies of J. Lindsay Almond and Ted Dalton are explored 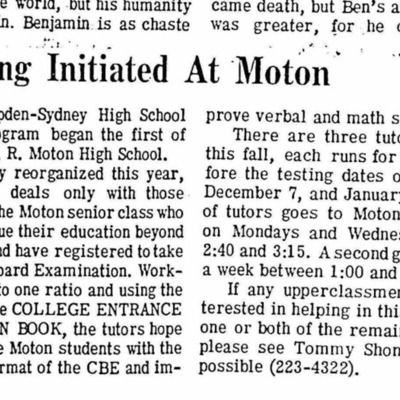 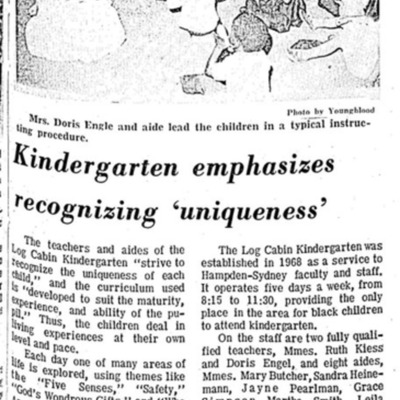 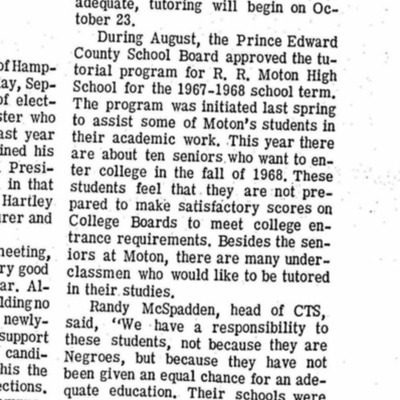 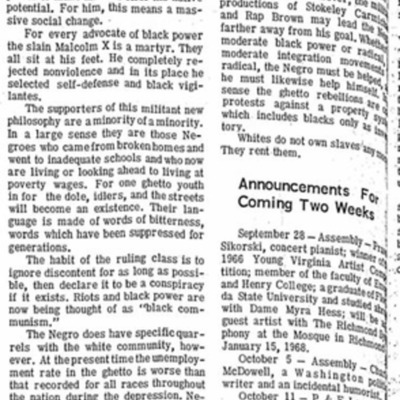 A column about the Black Power movement

The Tide May Be Turned 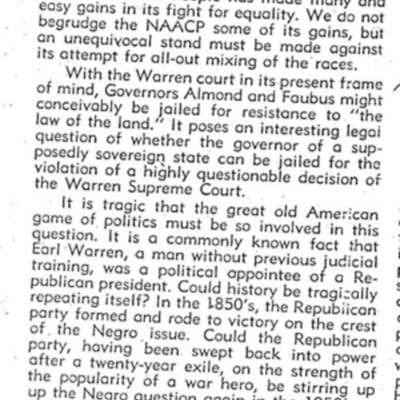 A letter about the state of integration in Virginia 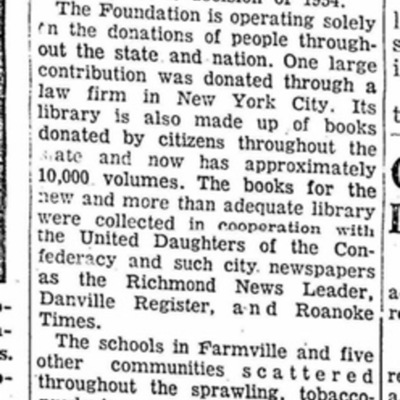 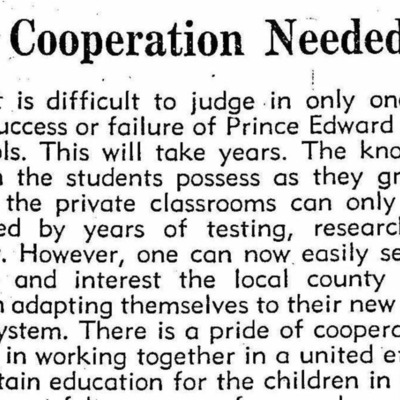 A letter about the newly founded Prince Edward Academy 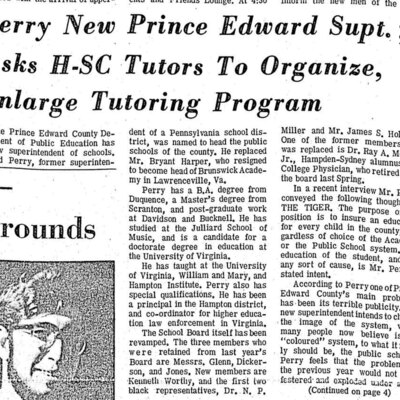 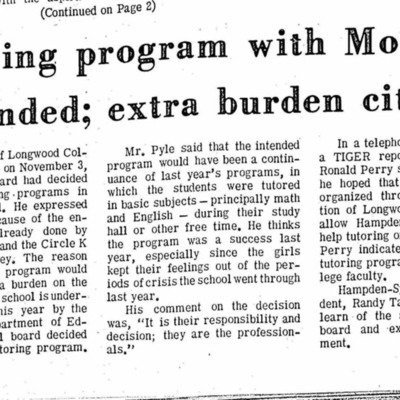 The school board suspends the tutoring program at Moton High School

Letters to the Editor 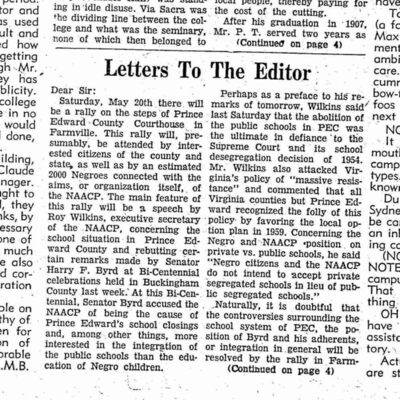 A letter to the editor about a rally at the Courthouse 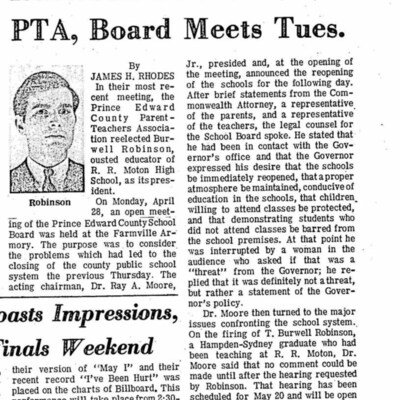